TaskForce hardware unit was designed to allow expanding its compatibility with drive interfaces with the help of hardware add-ons. The unit is equipped with PCI Express port on its back panel, which is referred to as Extension port. It is used to plug Atola hardware extension modules supported by Atola TaskForce software.

You can place an order for any TaskForce unit extension here: Where to buy

Warranty for Extensions = 1 Year from date of purchase. 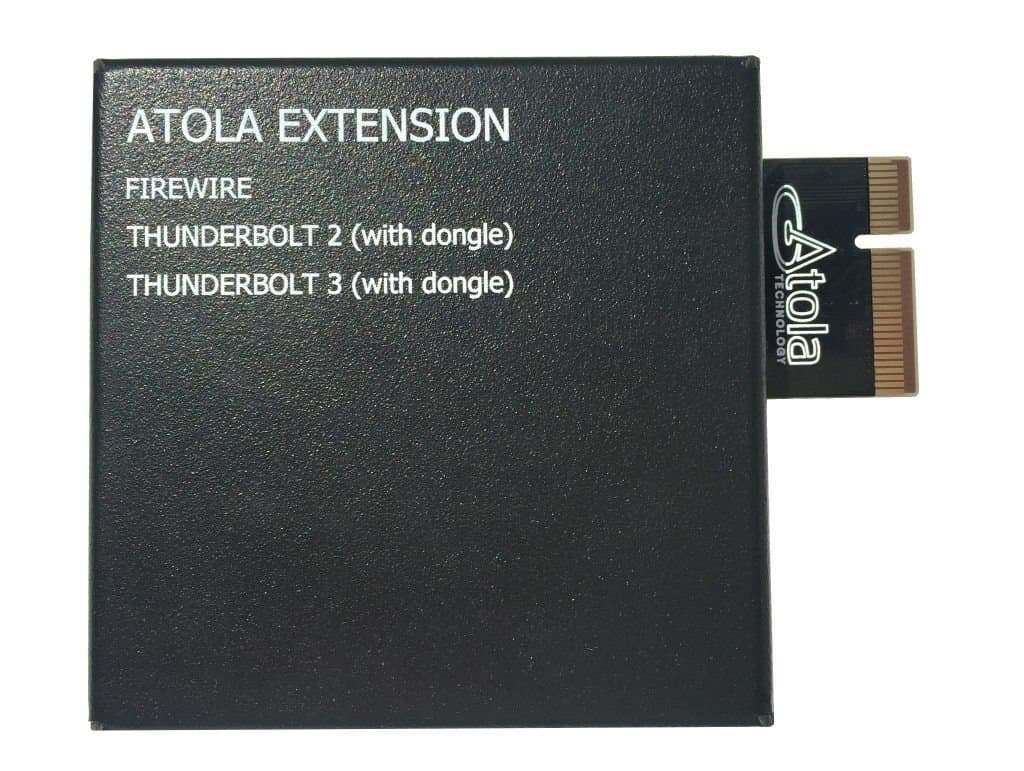 Thunderbolt extension enables TaskForce to work on MacBooks with the following interfaces:

No SSD removal is necessary, the extension allows connecting TaskForce directly to a MacBook.

TaskForce supports the following operations and features on MacBooks when connected through Thunderbolt extension: 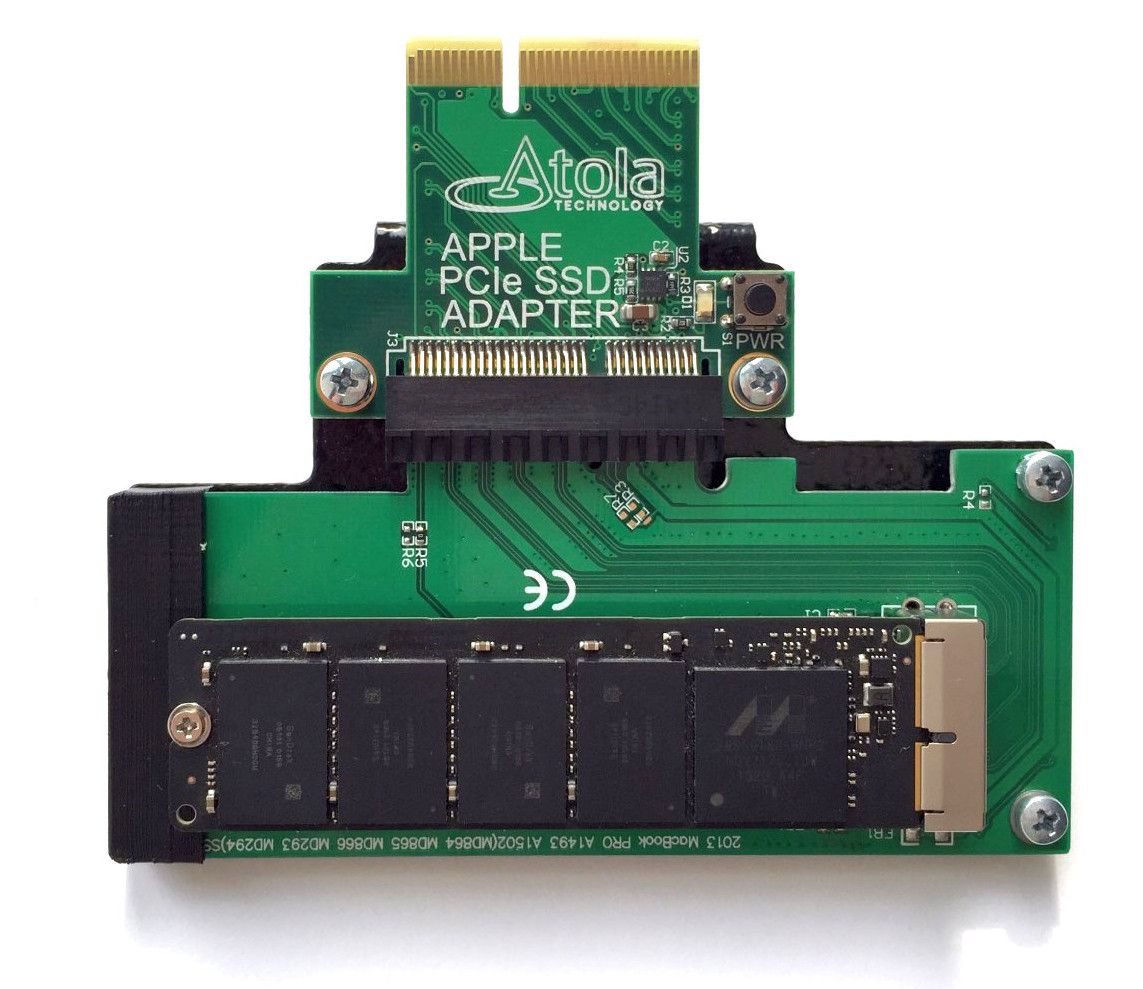 This extension can process the PCIe SSDs having the custom proprietary M.2 interface within Apple laptops:

The following TaskForce operations and features are supported for the Apple drives: 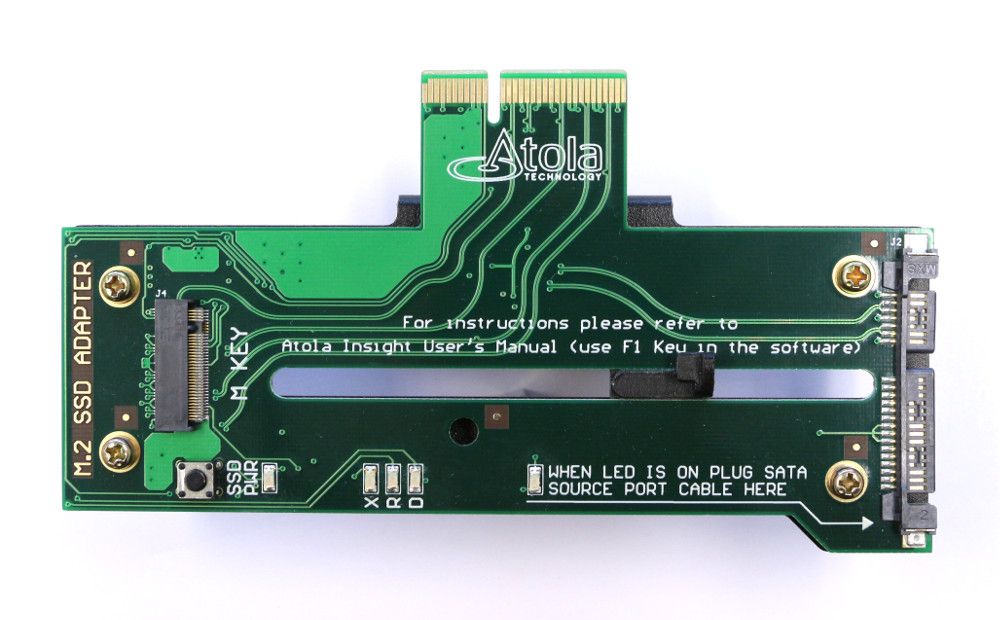 Only M key interface drives are supported by this module. Here are the differences between M.2 NVMe, M.2 SATA and M.2 PCIe support: