How is segmented hashing different from linear hashing?

With linear hashing, you get a single hash for the entire image.

With segmented hashing, hash is calculated for segments of the drive, and you end up with many hashes of corresponding LBA ranges (chunks) of the image. The sum of these LBA ranges represents the entire image, just not necessarily in sequential order. By validating all hashes in a set you can still prove that the entire image has not been modified.

Why use segmented hashing

There are two primary use cases:

Hashes are calculated only for the imaged regions, while all bad sectors are excluded from the calculation. This allows validating a hash even when the source drive is damaged.

If your acquired image gets damaged at some point in the future, with regular hashes you will get a hash mismatch upon verification and the entire image becomes useless. With segmented hashing, only a single hash value will become invalid while the rest of the image can still be validated. 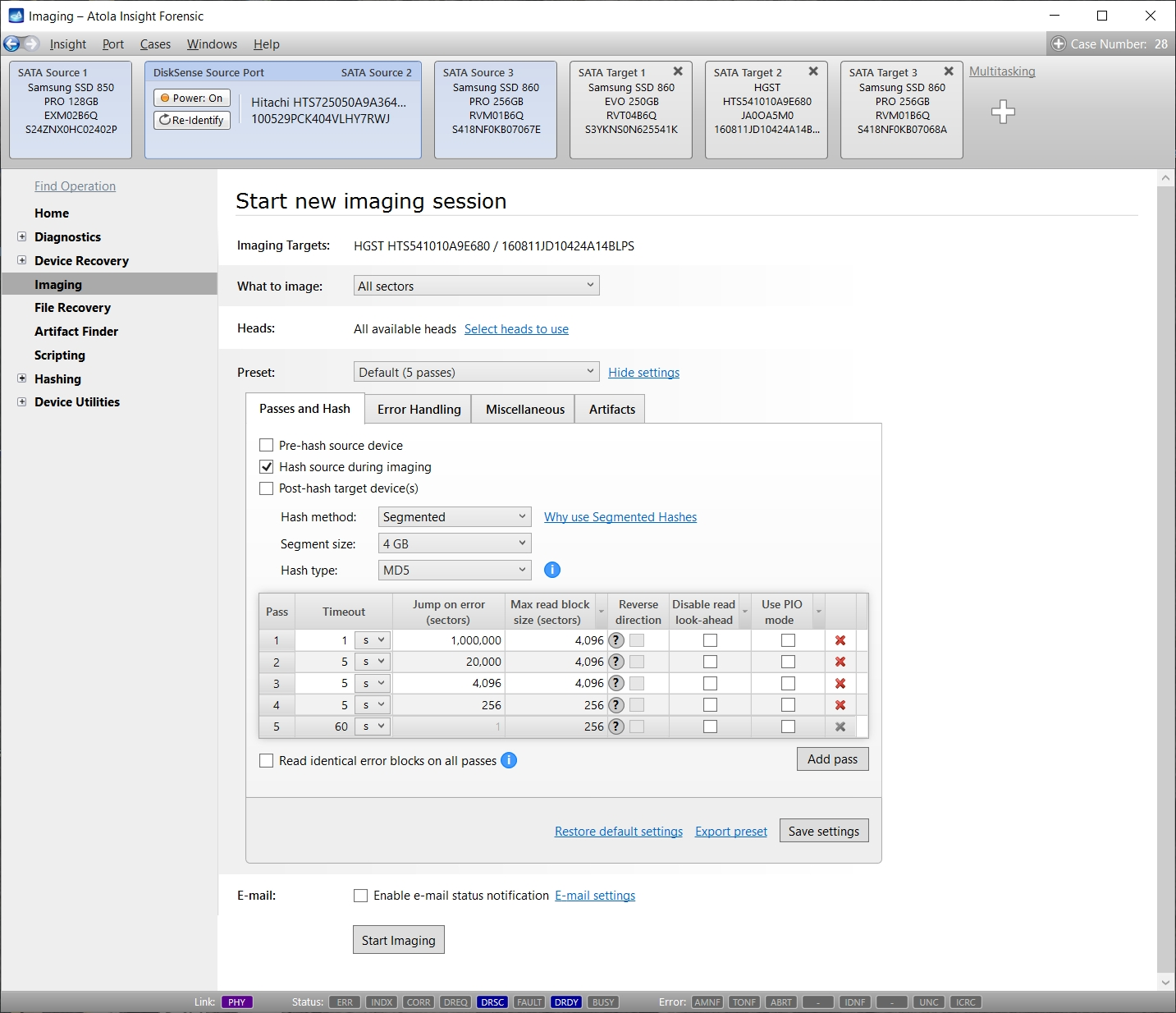 All hashes are saved in a CSV file with the following format:

A new chunk is created by Atola Insight Forensic in one of two cases:

In both cases, existing hash value and LBA range are saved and a new hash is started.

Atola Insight Forensic helps verify existing CSV file containing segmented hashes against any target image. As a result, you receive the quantity of matched/mismatched segmented hashes. So even if a single hash value become invalid, it ensures the rest of the image can still be validated. 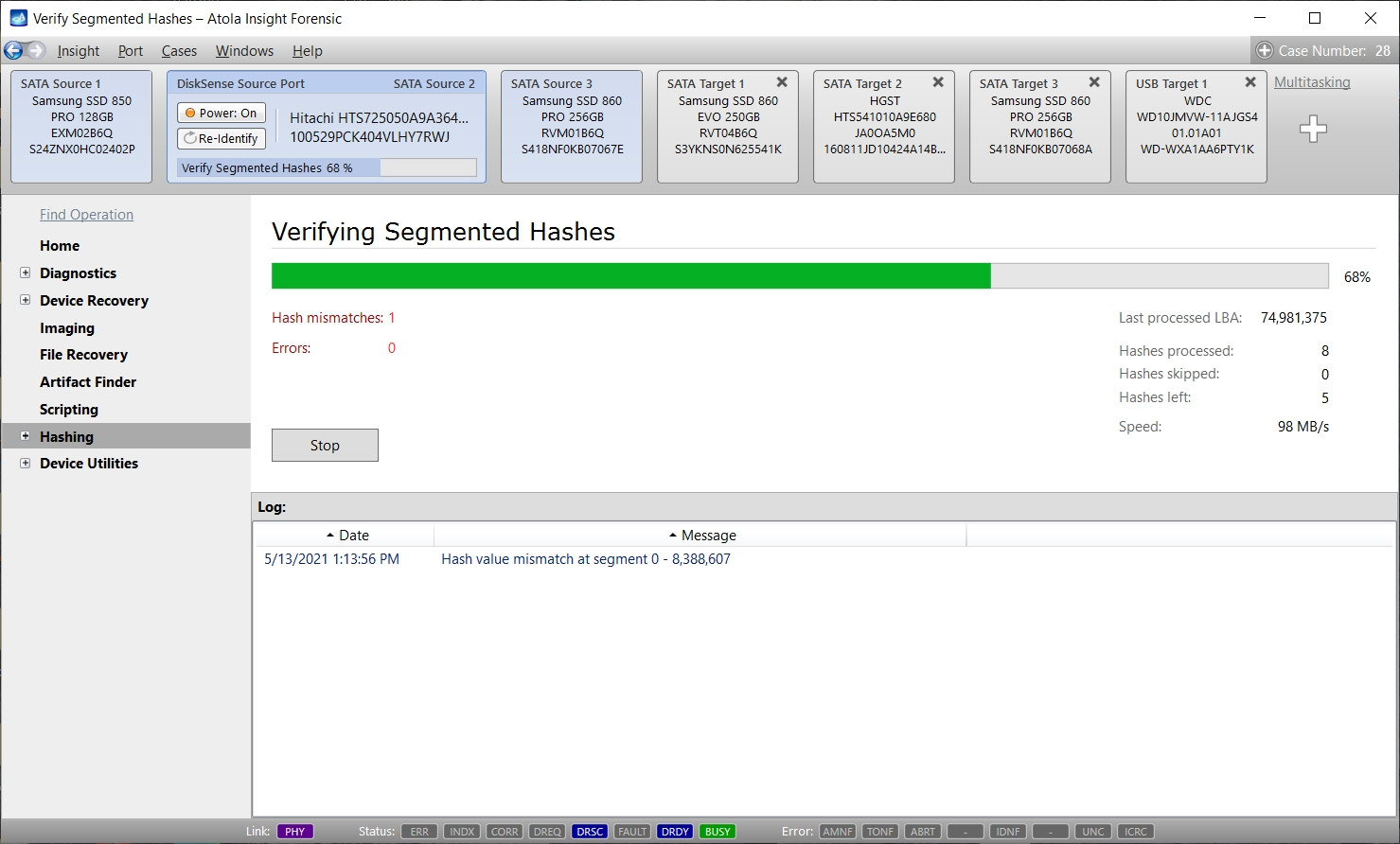 Are there any disadvantages compared to regular hashing?

The only disadvantage is that you end up with multiple hashes instead of a single hash value. This can pose an issue when validating such hash values with third-party tools. For this reason we have released a free open-sourced tool for validating segmented hashes: 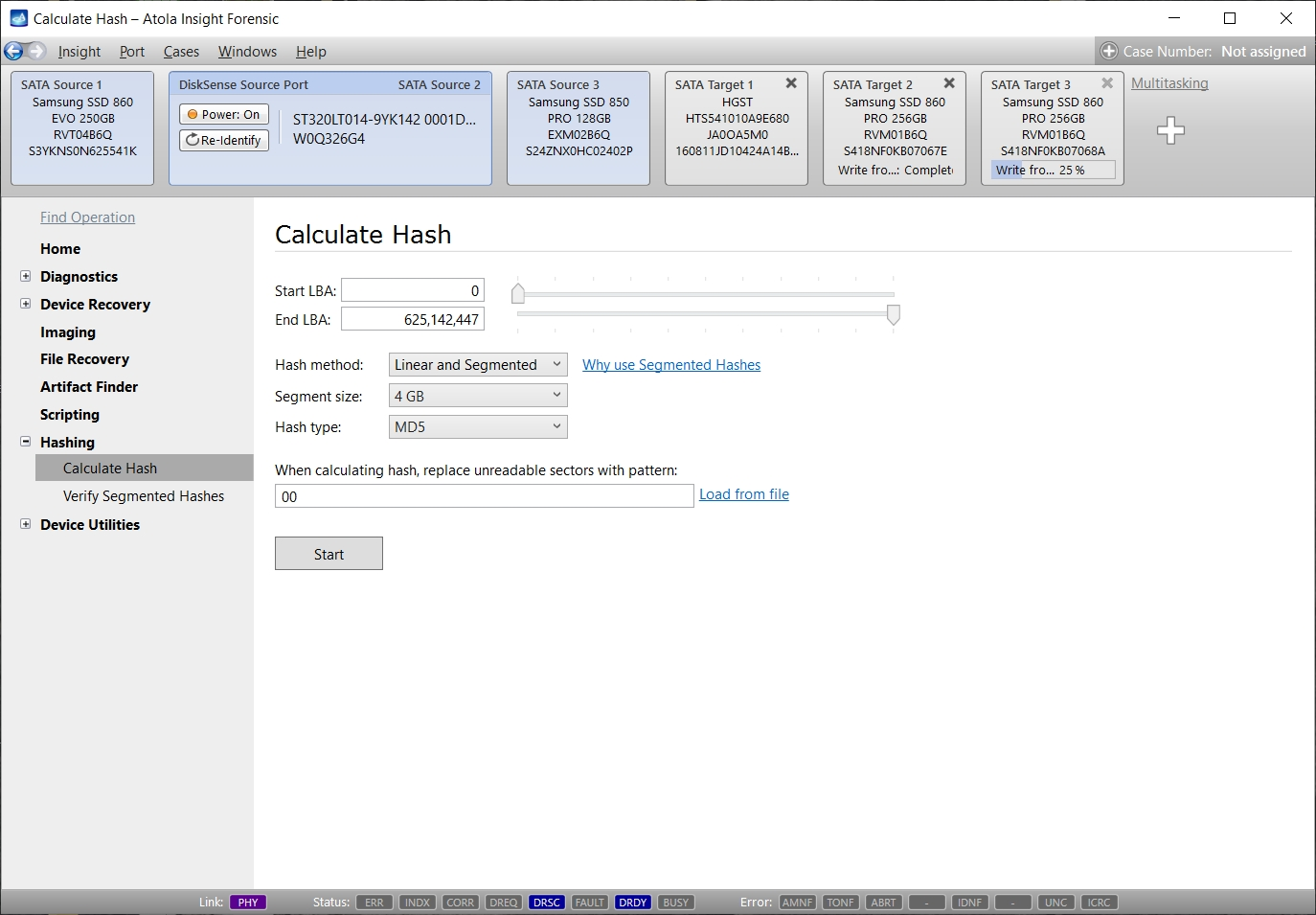